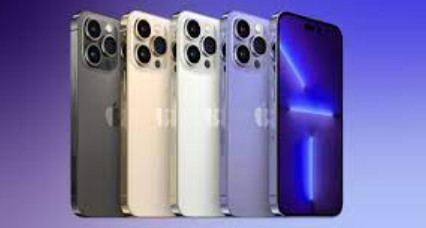 There are still a few months left before the 2022 iPhone 14 models will be ready to launch, but because there are some notable updates in the works for these devices, we have been hearing rumours about them since well before the iPhone 13 models were even released. In other words, the rumours have been circulating for quite some time.

Since 2017, iPhones with Face ID have had a notch at the front of the device to store all of the essential electronics for facial recognition, but with the debut of the iPhone 14, this is about to change. It is anticipated that the notch would be removed from the iPhone 14 Pro models released in 2022 in favour of a fresh design. The rumours were all over the place for a while, but it appears that Apple will go with some mix of a pill-shaped cutout to house the essential Face ID components and a circular hole-punch cutout for the camera. Unfortunately, this feature will only be available on the Pro models of the iPhone 14, and the more cheap models will continue to have the traditional notch design on their displays.

We do not anticipate any major design shifts this year, but the camera protrusions on the iPhone 14 and iPhone 14 Pro may become more prominent, with the Pro’s protrusion expanding in size more noticeably than that of the standard model. It is anticipated that Apple may release new colour options, possibly including a hue of purple.

There is a potential that the iPhone 14 Pro variants will use a titanium frame rather than a stainless steel frame. Additionally, the speaker grilles and microphone grilles may be modified. To reduce the negative effects of speedier CPUs and 5G connection, Apple may implement a brand-new thermal system with vapour chambers that will maintain the iPhone at a lower operating temperature.

The camera on the iPhone 14 has been upgraded, as is standard practise when Apple releases a new iPhone model. It is still unclear whether this feature will be introduced in 2022 or 2023, but there will be enhancements made to the Ultra Wide camera, and there is a possibility that Apple will introduce a “periscope” zoom lens that will allow for much greater optical zoom. This feature, however, will not be available until after 2022. It is anticipated that the Pro iPhone models will have cameras with a resolution of 48 megapixels and the ability to shoot video in 8K resolution; however, the ordinary iPhone 14 models will not have access to these functionalities.

There are rumours that the A15 processor, which was first launched in the iPhone 13 series, would continue to be used in the iPhone 14 models, while the iPhone 14 Pro models will receive an improved A16 chip. However, it is possible that this information is incorrect. This would be the first time that the Pro iPhone models have received a speedier chip, and it is possible that Apple chose this path in order to reduce costs and also because of persistent supply concerns.
It is anticipated that Apple would utilise Qualcomm’s Snapdragon X65 chip, which is the first 10-gigabit 5G modem and features better communication rates as well as enhancements in connectivity. Apple is likely to release new satellite-based emergency features in conjunction with the launch of the X65. These features will enable users to send texts in the event of an emergency and report accidents even when there is no cellular connection.