The world of Bitcoin and how it works 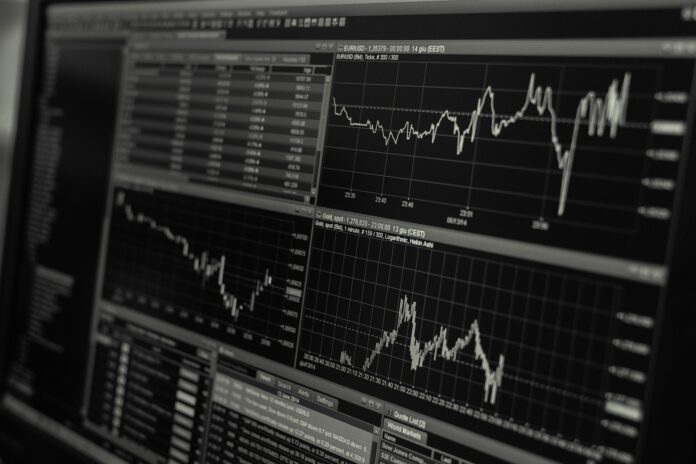 Bitcoin is not just a cryptocurrency. It has been widely adopted as a form of payment and even as an investment that rises in value eventually. A cryptocurrency is often based on an entire ecosystem and Bitcoin is no different. However, today you would come across several crypto environments like these but since Bitcoin was the first one, it helps to know how it works. Read more about Bitcoins at Multibank.io.

Let’s take a look at how this digital gold operates:

The blockchain network depends on the shared public ledger that the system supports. Each and every transaction that takes place is recorded in the blockchain as data blocks. Bitcoin wallets are able to deduce the amount that can be spent through this as it helps in verifying if the original owner is the spender. Cryptography reinforces the blockchain’s integrity and order.

This is possible because the blockchain does not have one central location. Instead, it is saved on a shared network that comprises different computers known as nodes. There is a copy of the blockchain in every node which is also updated every time a transaction gets validated. The blockchain is essentially a collection of consecutive data blocks that store transaction-related information, wallet addresses as well as the code required to carry out transactions.

If you have bought a Bitcoin recently, you may have asked yourself–where is my Bitcoin? This is a digital token and you’re not actually handed one. Imagine the system to be a community bank where the funds of all individuals on the network are safely stored. You get to see your account balance through the wallet.

Bitcoin wallets have highly confidential private keys or seeds that are essential for signing transactions. These keys are like passwords and should not be shared with anyone. Signatures done through keys are mathematical proof that the transactions are actually done by the rightful owner of the crypto. The signature adds a degree of security as they ensure that nobody can alter the data. Typically, all transactions are confirmed via mining within 10-20 minutes.

A Bitcoin is essentially a set of data with a dedicated owner. The transfer of data that takes place during transactions is a lot like monetary transactions done online. It gets debited from one account and credited to another. Transactions can be completed through digital wallets, websites, or mobile apps.

When a Bitcoin is assigned to an owner, they receive a private key. Think of it as a password for your email address and that email address on the blockchain is the public key that anyone can use to send you cryptocurrencies.

Mining refers to the method where new blocks are added to the blockchain through validation. Mining is done on computers that are specially created for this process. They’re called Application Specific Integrated Circuits and they use software applications to mine cryptocurrencies.

Mining programs and machines are focused on hash. They continuously work to generate a string of numbers that match the block hash. A hash could be generated randomly by a program by using the nonce as a variable figure which goes on increasing when a new guess is made. The hash rate is the number of hashes produced per second. Hashes are generated by various mining programs across a network. The miner which solves the hash first wins the bitcoin reward while a new block is added to the blockchain.

Bitcoin mining happens at a speed of one block every 10 minutes. This typical speed is a result of a long string of zeros that is necessary as per Bitcoin’s protocol. The average number of attempts made to verify a hash on the Bitcoin blockchain has been increasing to over trillions now as it has become hard to mine.

Mining can get intensive. It demands heavy machinery and equipment that can consume a significant amount of energy. This may not exactly be very energy efficient but it is certainly very competitive. You can’t exactly tell which variable number could make the cut and thus, the idea is to power through as many of them as possible until you reach the right one. This requires energy, power, and of course skill. Since the rewards are often big, miners often join hands to pool their resources at a mining farm or a mining pool.

There are several aspects of the Bitcoin blockchain and network but you don’t need to be well-versed with all of them so you can use the technology. The things relevant for a Bitcoin investor/trader are the digital wallets used to store and trade bitcoin tokens as well as private keys. It is best to store your digital tokens in a cold wallet to keep them safe from hackers. In fact, a growing number of investors are now switching to advanced cold-storage techniques to store important data for a long time.

That said, this does not mean that custodial wallets are 100% safe and hacker-proof. However, a large number of service providers make sure that their systems are not easy to crack and thus stay safe from potentially malicious actors.

Concerns over Bitcoin’s security levels have not entirely died down. It also raises eyebrows since money is exchanged for ownership of encrypted data. Though it is wise to stay alert, note that Bitcoin’s system has never been hacked because the community consensus mechanism is extremely effective. Thus, what one needs to worry about is the safety of the wallets and not the blockchain overall.

How do you make money with Bitcoin?

It is worth noting that the intention behind the creation of Bitcoin was not the creation of profit and wealth. Instead, it was made to have an equally accessible payment system for all. People do use Bitcoin for investment purposes and help in earning big rewards. Yet, one should remember that this can turn out to be risky and should be done at the advice of a financial expert.

Can you convert Bitcoin to cash?

Converting Bitcoin to cash is no rocket science and a lot of exchanges allow you to do this through their platform. This can also be done via Bitcoin ATMs known as Bitcoin kiosks that let you encash your Bitcoin.