Who is the “Old Man of TikTok” in Colombia who has a chance of becoming the country’s future president? 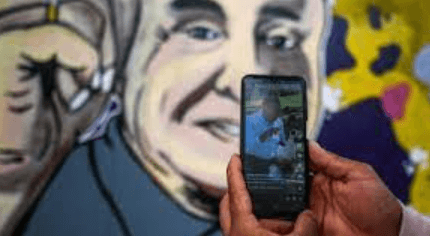 When the election campaign for Colombia’s presidency began in January, very few people anticipated that Rodolfo Hernandez would make it all the way to the end of the race. However, the seventy-year-old real estate magnate turned politician has a chance of becoming the next president of the country if he prevails in the battle against his opponent Gustavo Petro in the runoff election that will take place on Sunday.

Recently, national politics in a number of countries across the Americas have been shaken up by populist outsiders. Hernandez wants to do the same thing in Colombia. He told CNN in early June that he does not mind being compared to the far-right populist president of Brazil, Jair Bolsonaro, or the former president of the United States, Donald Trump “My plan is to put an end to the corrupt system. I take great pride in the fact that some people refer to me as “the Colombian Trump.””

His presidential campaign chose not to participate in traditional TV debates or political rallies, instead instead to focus on appealing to voters through their personal mobile devices.

As a consequence of this, the electorate has been exposed to Hernandez’s error-prone manner; for example, he once referred to Adolf Hitler as a great German thinker, and then later apologised, saying that he had actually meant to say Albert Einstein; however, very few people are aware of what a Hernandez presidency would entail.
His platform proposes only a limited number of concrete changes to be implemented if he is elected, and Hernandez has admitted that even he is not fully informed about all of the challenges facing the government at this time.

When asked to describe his president, he compared himself to the chief executive officer of an airline, noting that while he may not know how the engine of an aeroplane works, he does know how to run a business efficiently and make a profit for it.

His life has been a classic tale of rags-to-riches success. Hernandez was born into a family that belonged to a lower middle class in 1945. During the 1990s, when millions of Colombians moved from rural to urban regions, Hernandez amassed a fortune through the construction of real estate. Later on, he entered politics and in 2016 he was elected as the mayor of Bucaramanga, which is the seventh largest city in Colombia.

Hernandez has also personally been affected by the tragedy of Colombia’s protracted armed conflict, which lasted for decades and resulted in the deaths of at least 220,000 people. It is believed that the National Liberation Army (ELN), one of a number of left-wing guerrilla groups that have launched insurgencies against the Colombian state over the past 60 years, was responsible for the kidnapping of his daughter Juliana in the year 2004. Hernandez has disclosed that her corpse was never located after her disappearance.

A succession of about-faces

The most compelling argument that Hernandez has presented thus far is his pledge to “eradicate corruption.” It is an urgent matter to consider: A recent poll conducted by Gallup found that eighty percent of Colombians believe that corruption is pervasive throughout the administration.

However, Hernandez’s strategy for achieving this goal is not yet clear to anyone. He has committed to reduce the expenditures of running the government in such a way that, for example, the presidential plane would be grounded and the palace will be converted into a museum. However, he has not suggested any legal remedies to combat corruption on a broader scale; he did, however, inform CNN that he would declare a state of emergency in order to expedite the passing of any legislation that are required.

Hernandez has had his fair share of problems, including claims of corruption, some of which are still pending. According to Hernandez himself, he is currently the focus of 38 separate investigations into allegations of corrupt behaviour, one of which is scheduled to take place in court within the next month.
This accusation has been refuted by Hernandez, who told CNN that “under the current laws, every candidate can be sued by anyone.” Because of Colombian law, putting a sitting president on trial requires approval from congress, which won’t be granted if he wins the election for president this coming Sunday. As a result, the case is likely to be dropped.

The majority of Hernandez’s political career may be seen as a succession of about-faces and about-faces only.