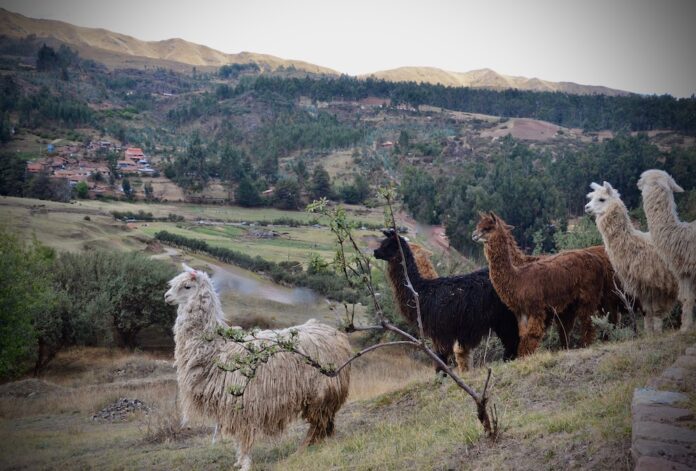 Since Peru is a huge country in terms of area, it stretches across several climate zones and temperatures can vary depending on the region you want to travel to. The country is divided into three regions: Andean highlands, coast and Amazon. But there is a certain high season and best travel time for Peru:

Peak season in Peru is from July to September

The travel season from July to September falls in the Peruvian winter time or dry season . This is the period when most tourists travel through Peru and the main attractions can get very crowded. However, the climatic conditions are very good for hiking, since it is mostly sunny and dry. However, it can get very cold at night (temperatures below zero).

Best travel time Peru for the Andes: May to October

The sky over Macchu Picchu is blue and clear and it rarely rains. But the nights in the Andes are very cold. Temperatures down to -20 degrees at night in August can occur. Otherwise the temperatures are around 15 to 20 degrees from an altitude of 1,000 to 2,000 meters . The higher you go, the colder it gets. Most of the houses do not have heaters. August and September is when most tourists travel through Peru and it can get very crowded on the usual tourist routes (including the Inca Trail). In Octoberfewer tourists are on the usual paths and many recommend the month as the ideal time to travel. The advantage in October is that the temperatures do not drop as much at night and it is warmer. However, it can also rain. I was traveling in Peru mid to late October and was pretty lucky, it didn’t rain once and the temperatures were warm, plus there were fewer tourists around which was nice. It can also be cheaper.

The months of December to March is the rainy season and there can be heavy rainfall, then climbing the mountain peaks is no fun and the roads and paths are partly inaccessible. Some attractions are even closed, for example the Inca Trail is closed in February.

Best travel time Peru for the Amazon: May to October

The Amazon region has a tropical climate all year round with muggy temperatures of around 35 degrees and frequent rain showers. During the rainy season in the Peruvian summer, there are heavier showers. At night it cools down to around 21 degrees.

Best time to travel to Peru on the coast: November to March

On the coast there is a contrasting climate, here the best travel time is the Peruvian summer, i.e. in our winter months. This is the ideal travel time for those who like to surf or stay on the coasts.